Carpe Viam, A Time To Live


The 3 days we spent in Guadalajara, we toured a bunch of art museums, government buildings, historic old town, and amazing market. Aside from that downtown area, the city just felt too big for us.

The streets were always packed with people and lots of traffic. You walk down the streets and can pretty much buy anything without stepping into a store. I wanted them all! It made us realize that we do prefer the smaller towns where life is more intimate and simpler. In Guadalajara, we were told to park our motorcycle in such a way where it can be chained to a post on the sidewalk.

So when we went to Guanajuato, we did the same. Then we realized the joke was on us.


They TAKE your license plate to ensure you pay! How smart! The city center is a bunch of windy cobblestoned tiny roads that open up into green squares and impressive churches. The houses are painted all colors of the rainbow and the view from above is spectacular! Again, we did the historic building and museum trek through town, even visiting the mummy museum.

Apparently, because of the elevation, bodies decompose in a way where they become mummified. And then those bodies are placed in a museum. We spent almost 2 weeks there, mainly on the mend, and aimlessly wandering the town. We had some amazing French pastries, Lebanese food, Thai soups, homemade pastas, delicious organics, authentic Italian sausages and Argentinian steaks.

We also met up with Brenden, who spotted us parked on the beach at Punta Perula a few weeks earlier. We walked the organics market with Brenden and Jimena, drove out to a year old massive tree, wiggled down the Mexican Lumbard street and shared a fabulous meal. Finally, we spent some time with Robert and Patricia.

Robert had spied Skyhorse while we were parked at the artist studios and left a note for us to call him. Robert has been traveling for the past 7 years and had recently rooted himself in San Miguel. We enjoyed his company, his generosity, and his experienced vision on extended travel. Along with the typical taco stands that carry a ton of freshly diced toppings, throughout any city, carts are set up selling fruit, ice cream, fresh made churros and chips, pastries, and my favorite, fresh squeezed juice.

That was 6 visits, a minor procedure, and a LOT of different meds and creams. Not horrible. We first met them in Fairbanks when they were at the beginning of their trip. It was fun to see them months later and laugh about how travel ideals have changed. Tags: Carpe Viam , Mexico , month. After leaving Mazatlan, we spent a few days in San Blas, leaving mainly because the mosquitos. We drove through the lush green coast passing shrimping villages, ones known for mangoes and coconuts and others known for their bananas.

Red Tortuguera finds turtle eggs laid along the beach, collects them and reburies them in a safe place away from predators. The eggs are monitored daily. When the eggs hatch, the newborn turtles are collected and released with the help of a crowd of people. Locals find out about the releases through their Facebook page. We just happened to be lucky in choosing our camping spot and not shy in inserting ourselves into others activities.

We were all instructed to put our turtles down right before a big wave came in and encourage their slow movement out to sea. They scurried and swam towards the water, all eventually making it. The ocean shore line was dotted with adorable little black heads until they disappeared in the distance.

It was an absolutely amazing experience! Tags: Carpe Viam , Mexico , turtles. After we met them on the streets in Guerrero Negro, we all just meshed so well and have been traveling together since. Ken told us we must visit Bahia Asuncion and look up his friend Shari. San Roque is a teeny tiny village that offered gorgeous views and sunsets and extremely friendly locals who gifted us lobster on Thanksgiving!

Down the Road: A Collection of 16 Short Stories by MR Michael J Keyser - orotofapupaz.cf

Although the water was chilly, we had miles of beach and shells to ourselves. I was in shelling heaven! Since meeting up with Toby and Chloe, they have taught Hani their skill of creating and keeping the perfect campfire. We have had a LOT of awesome fires in the past month. Coincidently, that was also the day of our first blow out. Luckily, we had a new full spare and Toby was there to help. We spent the day walking around Mulege, changing the tire off the side of the road and Toby and Chloe cooked us a delicious dinner.

It was definitely a first anniversary we will never forget! The campground that had been recommended by other travelers was really packed so Toby and Chloe scoped out this fab free private beach for us all to camp. The dogs all had a ball lounging around the house and we loved sleeping indoors, cooking in a REAL kitchen and taking nice long hot showers.

Thank you Susie and Mark! I snorkeled 3 times one day. We could have easily spent weeks there but we had already reserved our ferry ticket so all we got was a few days. The beach had such a great vibe between the people, sunshine and waves. I think this was my favorite beach in Baja. To board the 16 hour ferry, we had to drive in reverse up a narrow ramp and wedge ourselves between huge trucks. It was quite a feat and totally impressive that the workers are able to fit all the vehicles in perfectly with just enough room to squeeze by.

These guys would kick my butt in Tetris. The city is pretty big and packed with tourists. Christmas Eve was a different story. We thought that since Mazatlan was a big city, there would be a lot of events going on for the holiday. The old market, street food, and oysters fresh from the ocean the guy was literally walking out of the water with a bag were great but we wanted a cultural blowout for Christmas. We walked the streets for several hours looking for something—anything! We caught the end of the totally packed Christmas Eve mass, a lame street fair, and loads of silence.

Dejected, we headed home and stopped in at a bar that looked fun, but ended up being weird and American. Not what we had in mind, but nevertheless, an experience. Christmas day we all went to Stone Island and soaked in the perfect weather. That plus 2 friends, 3 cops, 7 locals, a front loader, a Dodge Dakota, a garbage truck and a semi wrecker. There are a few small fishing towns on the Pacific side off the stretch of highway between Loreto and La Paz, one of them being Puerto Lopez Mateos.

Caravanning with Toby and Chloe, we arrived in the town around 1pm and started looking for a beach to camp at. We had boondocking suggestions, but one was a nonexistent beach and the other was a rundown old parking lot. There was no beach. Neither Skyhorse nor Moby Carpe Viam vehicle had any problem going out to this secluded muddy area but coming back was when shit hit the fan. We were following Moby and saw them get stuck in the mud so Hani maneuvered Skyhorse down a different set of muddy tracks. Next thing we knew, we lost traction and slide off the path and sunk in muck.

That was around 2pm. The four of us spent an hour pointlessly attempting to free both vehicles. There was nothing around to give us traction as we slipped and slided in the mud. Not a soul was in sight either. Hani ended up dropping the motorcycle and, armed with a Spanish dictionary and photos of the truck and our location, we headed to town to the police station.

Skyhorse was a totally different story. Not only were we so wedged in, we landed in the softest part of the muck. The front loader kept getting stuck and had to be pulled out while completely tearing up what was left of the dry road. Thanks to more anti-nausea drugs and his tender loving care, I recovered over the weekend without incident.


The following Monday, April 15, , Hubby and I had watched a live feed of the elite runners finish the Boston Marathon from our respective computers in our central Ohio home. When the live streaming ended, we packed our car for an overnight to Athens, eighty miles south. An hour after we left, as Ed and I blithely drove along somewhere between Logan and Nelsonville, the two bombs were detonated killing three people and injuring at least We heard the tragic news when we reached our hotel and immediately turned on the television.

We could only tolerate watching for a while. The images and commentary overwhelmed us. Once we realized the newscasters on all channels were recirculating the images and information and that nothing new was being revealed, we headed for dinner with little of our only recently-regained appetites. I spent several days after these events following Ed around. I took his temperature and his blood pressure and asked if he was feeling alright. Recent events made seizing things seem like a great idea. Carpe Diem! Carpe Viam! Why not Carpe Scribendi? 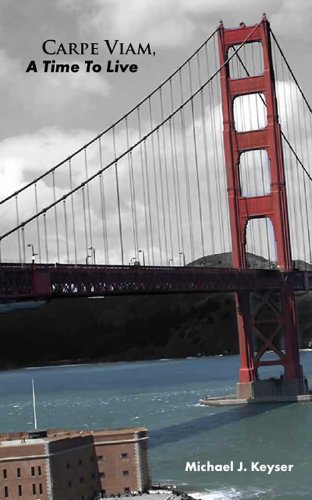 That was it! Each day I wake and feel grateful for another hours with Ed. I participated in that.